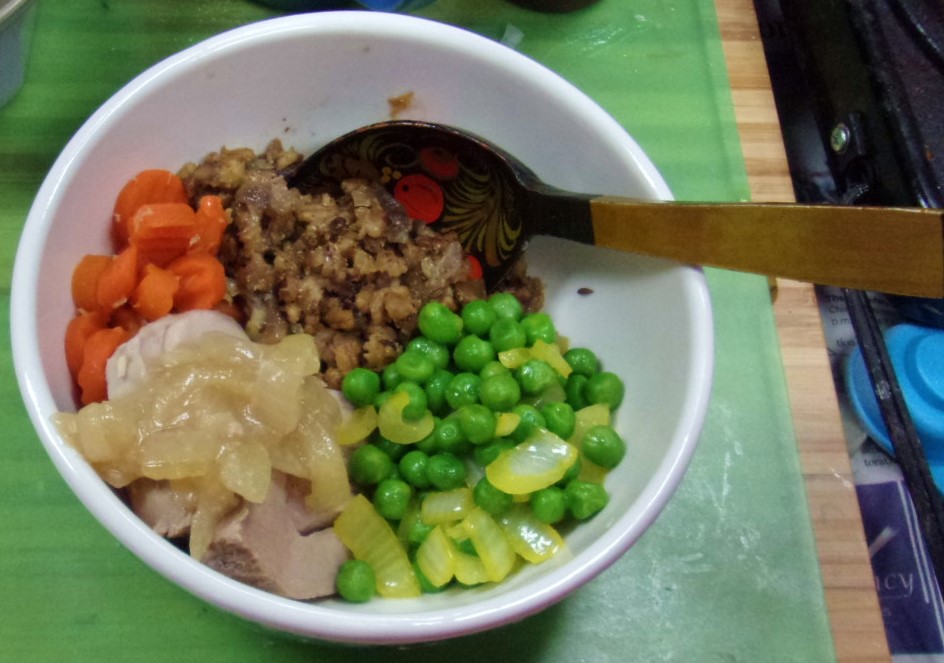 Things have been calming down on the mundane front, so there’ve been more members checking in and starting projects. We also got to see a Friend of the House that lives back east who came by on a visit. Most of this month’s progress has been on trial run dishes for the Winter Feast, though, although we tried to get our largesse contribution out last week. I guess it’ll get handed off this coming month.

Another of the fig rennet cheeses happened early in the month, and we had some of it at the potluck. Next up is thistle rennet! Other dishes got researched like Parry of Pesoun and Cameline Sauce, and the sauces from Le Viandier are turning out to be pretty good. We also needed to find out what some ingredients listed for those were, including white verjus and red sugar.

Anja, Loren and Jay had to miss Adiantum’s Whistling Pig Tavern because of transportation problems, but we finished the month with another good potluck.

We have a couple of events coming up that

members are planning on. Not the least is Marya’s elevation to the Laurel at Tri-Baronial Yule! Anja is planning on going with William and Aesa.