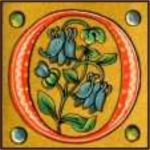 Other than the horrible news about the Society Equestrian Marshal this has been a busy, but quiet,  week. There is a section below on the accident.

Otherwise, we finished the ink, pickled some grape leaves, started a cheese, dried some more mushrooms and did a few other tasks.

Potluck next Sunday! We’ll be concentrating on doing some of the test dishes for the winter feast, including Sauce Bob and a couple of others.

On Monday the Known Worlde was reverberating with shock… 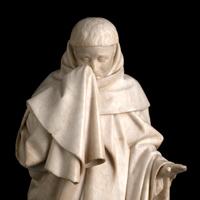 On Saturday, October 6, a brother in arms to many of us lost his life in the pursuit of our game. The Society’s Equestrian Marshal, Master Terafan Greydragon, died while competing in an equestrian game at an SCA event in Kentucky. The Society is investigating the matter and is fully cooperating with the authorities. The Society Marshal is conducting an investigation to determine what might have led up to the accident, and what specific measures should be taken to ensure that this does not occur again. Upon the completion of our investigation, the SCA will make the results available to the public. We have reached out to Terafan’s family to express our support for them at this moment of loss. We ask that Terafan and his family be held in your hearts.

You may also email comments@lists.sca.org.

This announcement is an official informational release by the Society for Creative Anachronism , Inc. Permission is granted to reproduce this announcement in its entirety in newsletters, websites and electronic mailing lists.

Then his brother posted….

It comes with great sadness that my younger middle brother, Peter Barclay has died. 53 years old, raised in Las Cruces NM. NMSU grad. He was at an equestrian/medieval event in Ohio, when his metal tipped lance, used for catching rings (not jousting), hit the ground and flipped. Freak accident. It impaled him under his sternum killing him. He was air lifted but died in route. He led a distinguished career as a retired Lt. Colonel in the US Army. He leaves behind his wife Deborah A. Barclay, and daughters Amy and Taryth. Survived by his father Jack Barclay, older brother John Barclay and younger brother Charles Barclay. He died doing what he loved, but will still be missed.

Anja used to do jousting back in Maryland (where it is the state sport) and had her share of close calls. She was horrified for him and even worse for those who saw it happen. Our sympathies to his family, friends, the spectators, and to all who knew him well.

Early Week – We needed to finish the ink, so that was first up. We decided that up front by Anja’s beading area was *not* the best place to be making ink, so Loren cleared up some space on the worktable in back.

…and we got a bunch more information from the frantic questions that went out on Sunday about the ferrous sulphate. These are some good how-to’s and what-is-it’s.

On Tuesday it turned out that the thickness was resolving and under a “foam” cap, it was regular ink! Yes, Anja’s calligraphy sucks. She was using a square nib and she’s a lefty. She says, “I gotta cut me a quill!”

The next step was filling tiny bottles. So that went on for a couple of days.

Wednesday, 10/10/18 – Waxing the corks to keep the ink where it belongs is necessary.

Cookery – Grape leaves got pickled on Saturday. These get used for wrapping cheese and wrapping around a meat and barley filling. They will sit for a couple of weeks before use. We used previously made pickle broth, but it wasn’t enough, so boiled another quart of cider vinegar with salt/sugar.

Sewing – Anja’s blackwork had gotten this far by Saturday evening.

Herb Bunch – On Tuesday (10/9)  the plantain seeds were dry, so a couple of us sat and stripped them. The other batch got finished on Saturday.

Wednesday, 10/10 – The same folks who gifted us with the previous bolete brought in a whole bag of them! One was a King Bolete, but the others were Suillus tomentosus, Blue-staining Slippery Jack. Kinda gave us a turn to see the blue! The Suillus was full of little black jumpy bugs and the king full of white worms… ew… But we got them into the dehydrator as soon as we could. Not all fit. There were a couple of paper towels worth yet on the table….

Then to get the one set of mushrooms out of the dehydrator, then the 2nd.

The 2nd set sat in the dehydrator until Saturday morning, when it got turned back on, then they were zipped with the rest.

Project Day – We started with some cookery, some non-period squash (so no pix). There was a fig rennet cheese starting, but it wasn’t curdling, so Anja added another piece of twig. Next up was more ink. (Pix above)

Anja spent a little time re-organizing the cheese box, since things had gotten tossed all over and made a bag for the coasters and the bottoms of the spring-form molds. Loren had never seen finger-crochet! I was using a piece of the cotton string that is tied around the newspapers for the bulk drops to

make a thick enough cord for a small net onion bag and he was fascinated. Watching, he realized that it’s the same technique that he uses to shorten the long orange outdoor power cords.

A little embroidery happened, some sanding, a little reorganizing of the games box, drawers and the block-printing box happened, but no pix.

Winter Feast! – Josh finally managed to get his pix off his camera, so here’s another batch.

Music – the Chant de Oiseaux is one of Anja’s favorites.

New Pages – We finally got the pointer page for multi-week projects started. There are 4 projects on it at the moment.
Projects over period of time – https://housecapuchin3.wordpress.com/projects-over-period-of-time/