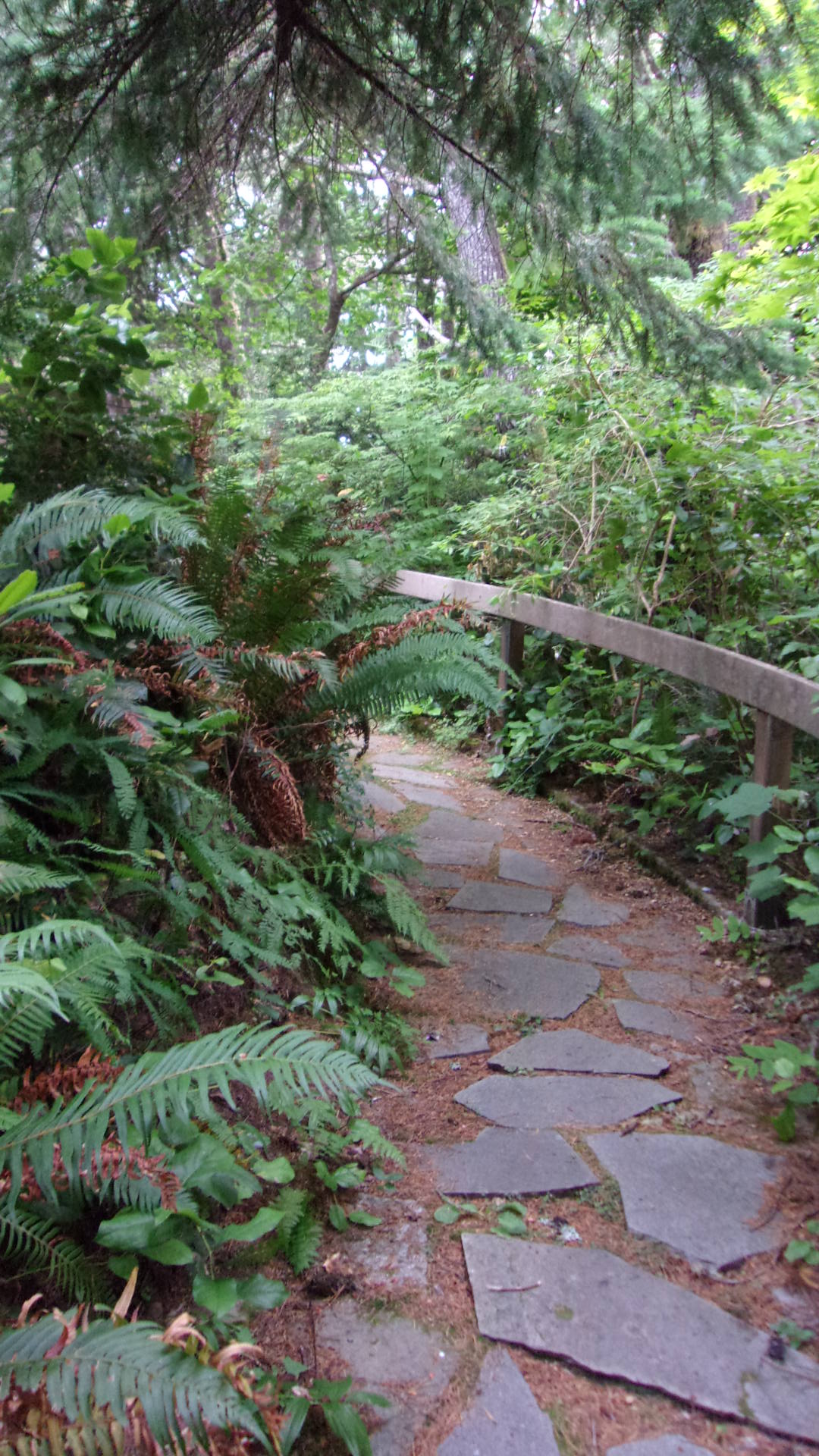 Projects are coming along slowly. Everyone is so very busy, working, and Anja and Loren are up to their eyeballs in getting ready to move. No, they don’t know where, yet, although almost all of the garden has been shifted to a friend’s to keep it safe.

This week is more of the same, plus finishing with the indoor plants that

need tending since they had to be moved as well, and have ended up at the shop. We’ll be starting another cheese this week.

Early Week – The beginning of the week was plants and more plants. Several loads of the “garden” went to a friend’s house and Anja was busy re-potting plants that were root-bound or had divided. At least this time, unlike in 2016, all of the big stuff was in movable pots….well, big buckets….semi-movable. By Wednesday there were just 3 pots left and one bucket of tools and pots. That helped. Of course, the sorrel got forgotten, so it lived in the apartment overnight and then at the shop for a couple of days.

Little bags with various feast “helps”, pre-packaged so they don’t get messy. Pictured: mint, toothpick, salt & pepper packets, wet-wipe, sugar, creamer. These can be purchased at restaurant supply places, as can paper napkins and other candies and spices. After checking with the autocrat it was decided that these would make good tokens for the Winter Feast.

So…. Anja got some fabric for pouches on Tuesday, washed and dried it and started cutting on Thursday.

Cookery – Greens harvested on Saturday went into a borscht along with onions, beets and chicken and than a handful of barley.

Chicken was first and greens to make a broth with some salt and caraway. Then later, beets and onion to make it red, vinegar to “sour” it, barley to make it a hearty soup.

It cooked over Saturday night. Yum!!!

Sewing – Anja finally got a little time on Wednesday to fix the mistakes in the blackwork piece she’s been doing and get it finished. She also started another collar and cuffs, this one a simple set for a kiddo. …and on Thursday started hand-sewing the Hedeby bag, so it would be done, except for finishing the frame, which tempus was working on.

Sewing Time – Saturday – Was more on the collar band and the linen part of the hedeby bag, pix with Sunday’s….

Herb Bunch – So much was garden this week! Most of the plants are moved and/or re-potted. Some had to be fetched back to the shop since they weren’t supposed to be outside.

On Saturday, Anja did a little harvesting, intending to make some greens in a soup. The honeysuckle & roses will be dried for soap balls and bergamot for either that or tea. There were a lot of other things that were finished drying and in need of being put away. We also got to use the new chopper to deal with the red onion skins that have been drying since we dealt with the the rest of the onions after the feast. The brown onion skins didn’t get chopped because there were fewer of them. That was all for the herb bunch.

Project Day – Was a little scattered since lots of people were through the door, shopping. Anja worked on the collar band, stitched up the Hedeby bag and Loren made a little more progress on the frame. We also got pictures of some new things for projects. 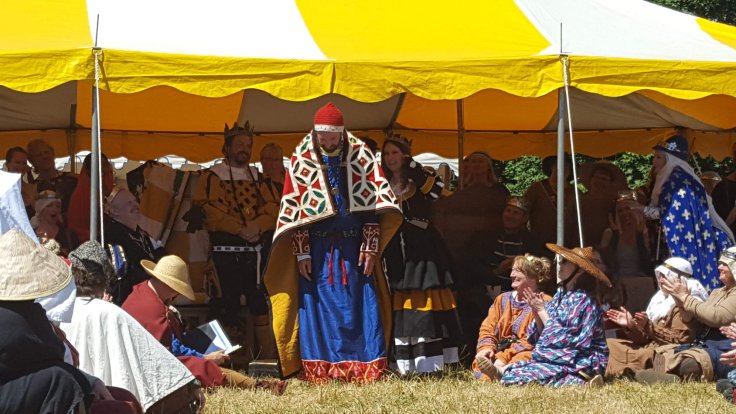 PDF of a hard-to-find article on confectionery – http://www.historicfood.com/The%20Art%20of%20Confectionery.pdf

Genoveva von Lübeck‎ says “I won’t be teaching classes this year due (boo!) due to other commitments (I am the Deputy Mayor of Cultural Affairs, hooray!!), so I am simply sharing ALL of the tutorials and handouts we’ve ever made for any of the classes we’ve ever taught at Pennsic. There’s lots of good pre-Pennsic projects in here you may find useful! Everything is available as a PDF for easy downloading and printing. If you have questions, just let me know.  ”

Get all the tutorials and handouts at http://honorbeforevictory.com/pennsic-prep-project-tutoria…/

THE NIGHT BEFORE PENNSIC

‘Twas the night before Pennsic when all through the house,
Not a thing had been packed up, not even a blouse.
The bog shoes were slung on the floor without care,
In hopes that sooner or later we’d somehow get there.

The doggies were nestled all snug in the bed,
While their mommies ran ’round like chickens without heads.
And Muirgen in her war-braid and I in my cap,
Had just had our fifteenth anxiety attack.

When back in the craft room there arose such a clatter!
I sprang from my sewing to see what was the matter.
Away down the hallway I flew like a flash!
Tore a hole in my pants and tripped over the cat.

The tower of fabric totes had all fallen over,
(Which made me think to myself, maybe I AM a fabric hoarder…)
When, what to my wandering eyes should appear?
Was that box full of stuff that I’ve looked for all year!

With a shift and a lunge so lively and quick,
I tried to reach over and stretch out to get it!
I knew in my heart all the cool stuff inside
I needed to take to work on during the ride!

As I reached for that box and I opened the lid,
I giggled with glee to see what it hid!
I just knew it must be all the things that I’ve sought,
All that stuff over the year I’d even forgotten I’d bought!

In the midst of the mess of the toppled-o’er totes,
Next to the hides of the sheep, cows, and goats,
I flung open that box to claim what’s inside……
And found it was the WRONG DARN BOX. I nearly cried!

Heartbroken and tired, I straightened my mess,
Turned out the light, turned around and I left.
I walked down the hallway so sad and downtrodden,
Oh, I’d better change out of these ripped pajama bottoms.

I sat back down at my sewing so tired.
There’s no way I can get as much done as desired!
So much to do still and no time for sleep.
Now even my kitty curls up to snooze at my feet.

Exhausted and ticked off, why can’t I find it?
That box full of trinkets and favors and cool $h!t?!?
Dang it! I know that it’s got to be here!
Well forget it, I’m just going to go open a beer.

I still have so much that I’ve got to get done,
But I know once I get there I’m going to have fun!
I start to sweep up and as I go get the broom,
I notice that stupid box is sitting right in this room!

I must have brought it in here some weeks ago,
Knowing that I would want to pack it to go.
Ugh…I guess I should start packing the rest of my things,
Since we’re supposed to pull out when the morning-birds sing.

As tired as I’ll be–I know not to complain–
It’ll all be so worth it when I gladly exclaim,
As we turn off the road and Cooper’s comes in to sight,
“Have a great War to all, and to all a good night!”