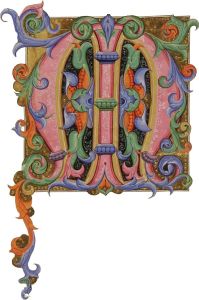 Moving was the big deal this month, as both Gudrun, and Anja and Loren were deep in the throes of it by the end of the month. Hopefully, next month will be easier…. once the mess is cleaned up….

We started after the last potluck, eating leftovers and cleaning up and got several projects that were finished mailed out to their recipients.

Crown and Coronet were both amazing. Hail to the Heirs! …and between the two, Summits is going to have three new Laurels: Marya at Tri-Baronial Yule (yeah, we share her with the Tri-Barony area), Seamus at 12th Night, and Vesta will be next after that! The other big news is that Mountain’s Edge has now become a part of the Summits!

Amor’s been working on making some bracers, Sabrina’s been weaving, Stella mostly working at the Farmer’s Markets and Sash and Amy just plain working. Loren and Anja are both doing some woodworking. He’s started another Hedeby bag frame and is sanding

on some bowls and a stool. Anja got a fair ways into finishing a butter spreader, along with her usual

Herbs and cookery mostly went into harvesting and preparing, but a good cabbage pickle got made and our big deal was the fig sap rennet cheese that went to Shrewsbury! Anja got to Shrewsbury and to Coronet, taking some yummy food with her both times and Loren and Anja have been feeding the folks who have been helping them off of some of our usual foods, like the stews and pottages and pickles that have been made over the last few months.

Isabeau and Anja have done some preliminary versions of dishes for the feast and the Hall has been reserved and paid for.

We’re planning on meetings being at the normal time over the next month, no events or anything unusual. We might be able to have a cheese or a wine night once we’re in October. We’re hoping, anyway.