Members have had some fun this week with cheese and herbs and sewing and ended up with an amazing Coronet Tourney and a fun Project Day! All Hail the new Tanist and Tanista Durin and Cerridwen! …and the recipients of the Shield of Chivalry, Vesta and Turk… and if you wonder why, there’s a video link below!

This week all the meetings are at the normal time. We don’t have a Cheese and Wine scheduled this week.

Loren was hard at work on re-setting the feast gear boxes and getting stuff clean again. Anja was working on a page of pictures and so on of the Summits entrants for KA&S that got published on Wednesday. http://wp.me/p8ngGY-fy

We finally got the brass bar-stock ordered for dice. Hopefully this is going to work!

Estrella’s hats – Stella inherited a quantity of yarns and decided to make some hats! …and entered them in the Largesse Competition at Coronet!

Cheese and Wine Workshop – Loren and Anja were initially the only ones there for this, and then Amy got there as the cheese was being strained. Not sure whether folks forgot or missed the announcement, but we went ahead and started at 5:10. Anja had been grinding and measuring spices before that and getting pictures, but that’s when the milk went onto the burner. At about 5:50 it started to foam and Anja tossed in the vinegar and pulled it off the heat. At 6:15 it was in the cheesecloth and hanging up to drain. At about 7:15 Anja took it down and boxed it, pressing it down as though it were being molded and then stuck it into the fridge. The whey went back into the milk containers and was frozen. (Anja uses it for chowder base!)

…and the next day.

The cheese turned out tasty, and wasn’t overly salty on Friday, although it *had* been on Thursday before the salt melted in. This kind of cheese doesn’t keep all that long and the salt will help keep it from going bad. the whey was awfully milky and Anja thinks it might not have

been hot enough when the vinegar went in.

Anja and Loren are talking about how to make some molds, rather than buying them, since our quantities are going to be small. Molds that make cheeses like this one…. >>>>

Sewing Time – Just Amy and Anja. Stella had intended to be there, but something didn’t work right. Anja got her Thingy Bag embroidery done and worked on finishing the channel for the drawstring.

I entered the first timers’ competition with my own mug marker with the crystal. I also pledged my support to the current Prince & Princess. Most important I was there at the event and enjoyed myself.

Coronet – Saturday – Stella – ooooo, you all were so gentle with this SCA virgin, Summits Spring Coronet 2017!
The power of Chivalry… I did love to Pass Time With Your Good Company and I look forward to the next Gathering, hopefully with a Camp for a few days of total immersion! Let’s start with this– what’s not to like about two brawny handsome lads bounding up to help unload the wagon when I have barely set foot on the ground? A handsome gentleman who offers me his arm in a Court processional? And fights where people are so courteous you start to wonder if losing means winning in this Land– and yes, sometimes it’s exACTly that! Chivalry. And wise learned people who pause in their leave-taking to teach me about their Arts for a few minutes–
And somebody who picks up a lady’s hankie that she dropped!
I will treasure my little especial tree-of-Life newcomer’s token as a sweet momento of a sweet Assembly. Thank you, your Majesties and Retinue, and all who created this precious Gathering. “Vivat the Dream!” I vow
–that I will eventually learn your names! See you down the road!
Lady Estrella Azul 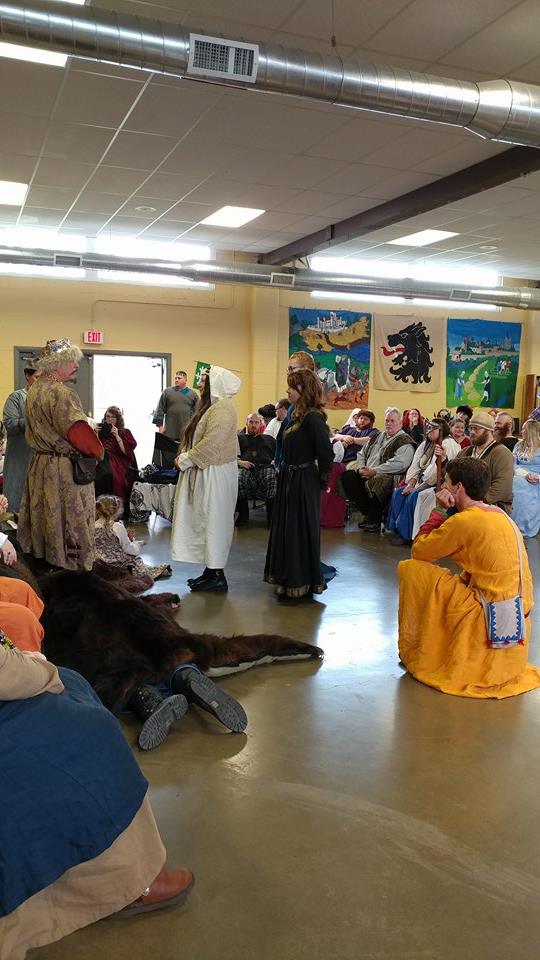 Packing had happened on Friday and Anja, Loren and Stella packed Stella’s car very early in the morning and they took off for the event. We had a good ride in, talking constantly.

When we got to the event site we had some help off-loading and then got signed in and set up and the day went on from there. Amy got there a few minutes after and she and Stella prowled the event.

Stella’s hats went into the largesse competition. Anja had missed a basket as they were loading, so didn’t have her merchant’s fee, so, stitching furiously, the Thingy Bag got finished and handed in, instead!

Arts & Sciences pix didn’t turn out, except for a few. <sigh> Anja is very annoyed.

This was written on the Book of Faces on Sunday and used here with permission, since Stella is one whose work was in the pile referenced here.

Greetings unto the Summits, the best Principality in the known world!
I come today to share a tale. I spent some time with a friend who recently transplanted from Caid, and while arranging my car I had to shift the Largess given to Their Highnesses at March Coronet. As the Largess Coordinator for Their Alpine Highnesses Tjorkill Kanne and Alina of Folkstone (Linda Klein). My dear Caidian transplant was floored not only by the volume of the largess selflessly donated, but the quality, and the variety of skills held by our Populace.
Summits, you are a wonder! Your generosity of spirit is an inspiration!
Yours in Joyous Service,
Gwyneth Blackthorne

Awards given out were: (might not have caught ’em all!)

…and the was the beautiful finals with Baron Duren inspired by Cerridwen and Viscountess Vesta inspired by Turk.

There were four of us today, mostly talking, but Stella is working on a new type of bag from some of the less skillfully spun yarns in her stash. Anja was working on pincushions, stitched 4 and, after a group hunt for her pincushion filling bottle, finished one more. We had far-ranging discussions today from Coronet to a short talk by Loren on what kinds of yeasts are used for making what kind of wine, to the cheese that we made this week (even ate some! It’s going fast….) to what year was Tsarevitch Duke Sir Tjorkill knighted (1988). We even talked about the period mouse-trap that Anja has!

A couple of mousetrap links:

…and the caption on one of Geoffrey the Rogue’s posts from Gulf Wars was, “Rogue Leader, the time to depart this foreign battleground has come. We few, we happy few, the brave and bonny host… we have shown the world that AnTir is always a force to be reckoned with. Now, onward to shenanigans.” 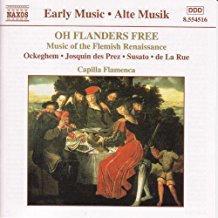 Parchment dating from 1067 to go on rare public display in London – https://www.theguardian.com/culture/2017/jan/04/parchment-1067-public-display-city-of-london

Marya Kargashina – In 11th to early 15th century Novgorod, Russia, squirrel fur was so important to the economy that some kinds of tribute and rent were calculated in fur. Words for squirrel fur, such as vevrereitsy, vekshi, and bely, were used to mean money, and the forty fur unit, known as a sorochok, was used as a general monetary unit. The sorochok is found in birchbark documents, on tally sticks, and used on tribute bag seals. [ 1,384 more word ] –
https://kargashina.wordpress.com/2017/03/18/the-fur-trade-in-medieval-novgorod-economic-impacts-and-logistics